In the 2000 - 2010 timeframe Next Page Foundation launches the following programs and initiatives and supports hundreds of publishing projects:

A joint program of Next Page Foundation and the Media Program of OSI - Budapest completed in cooperation with the outh East European Network for Professionalization of Media (SEENPM).

Media and Journalism Translation Program announced a targeted competition to support translation and publication of several titles on journalism and media in 2002. The program aimed to assist media professionals and journalism training efforts in the countries of Albania, Bosnia and Herzegovina, Bulgaria, Hungary, Montenegro, Romania, Serbia, Slovenia.

The program provided grants to publishers to cover part of the expenses related to the translation and publication of seminal books on media and journalism.

A translation scheme launched in 2006 with the partnership of Cultural Policy Education Group (CPEG).

The motivation behind the project is the shortage of up to date literature in cultural policy and the lack of related vocabulary in the targeted languages. The local universities are considered key actors in the entire publication process. Each partner - university has proposed a title for translation so that linkages with the curricula and direct inclusion of the translated book in university programmes are ensured.

Information about supported projects can be found here.

Titles from India, Turkey and Iran

A pervasive structural feature of globalisation is that information tends to flow predominantly in one direction - from the rich core countries to the periphery of poorer countries in the East and South. Although South-South or East-East exchange of knowledge may often be of far greater social and intellectual value, due to cultural, historical, economic, or linguistic commonalities, economic and infrastructural factors often impede such exchange. Next Page Foundation’s South-South Translations initiative seeks to counterweigh this trend by supporting publishing into Arabic that makes available quality works from countries that share historical, cultural or linguistic ties with Arabic speaking countries such as Turkey, Iran and India.

This initiative provided quality publishers from Lebanon, Syria, Jordan, Saudi Arabia, Yemen, Egypt, Morocco, Tunisia, Algeria and Palestine with grants to support publishing and translation into Arabic of books originally created in the above mentioned regions and countries, with the aim of sharing knowledge, information and ideas that will ultimately prompt public dialogue and discussion. The project also intended to support cross-border cooperation between publishers in Arabic to ensure better distribution and wider access to the supported books. To facilitate publishers’ choice, the Next Page Foundation is providing lists of titles recommended for translation from Turkey, Iran and India.

- 17 titles with 6 publishers from 5 countries were short-listed for the grant scheme;
- 3 titles were cancelled due to poor translation quality, copyright problems or other reasons.

While the program was aiming at supporting translations directly from the original, the lack of translation capacity in the Arab world forced publishers to often make use of English as a bridge language. All translations into Arabic were subject to an independent quality evaluation comissioned by Next Page prior to being published.

You can find a detailed table with all 17 titles here.

A program implemented in close cooperation with the Cairo-based Sphinx agency and in 2008 was expanded into the Encounters program.

This grant scheme aims at facilitating provision of content from Central and Eastern Europe into Arabic. This approach was consistent with Next Page’s core competency in facilitating exchange amongst non-mainstream languages and is particularly relevant in the current environment, where countries seek alternative models and perspectives beyond those offered by the West.

The East-South translations support from Central and Eastern Europe aims to offer a valuable glimpse into a region that is relatively unknown to the Arab world yet straddles East and West and exemplifies the variety and diversity of approaches and stories that exist beyond the traditional confines of the Europe-Middle East division.

All translations into Arabic are subject to an independent quality evaluation comissioned by Next Page prior to being published.

You can find a detailed table with the published titles here.

The program seeks to counterweigh disbalance in flows of information by supporting dialogue and publishing exchange between Central and Eastern European countries with the means of several components, defined by 2005/06 Strategy:

Grants for book translation covers part of the expenses related to the translation and publication of books originally published in one of the languages of the countries from Central and Eastern Europe. Grants competitions we open in 2004 and 2005. You can find a list of the supported titles in 2004 here and from 2005 here.

In 2006 there was a grants competition for translation in periodicals which are one of the printed media that can promptly react and reflect upon a cultural change. The elaborated grants scheme aims to provide small grants to cover costs for translations between Central and Eastern European languages of recently published articles. List of supported projects can be found here.

Promotion grants support promotion initiatives of East European translations within the country of translation as high quality translations are often published but remain unnoticed by their potential reading audience. Book promotion is a very special kind of activity, which is a matter of common efforts of many institutions and organizations, not only of publishers and which gains even bigger importance in a contemporary world of fast flow of information and increased consumers’ choice. List of supported projects can be found here.

The experience of Next Page Foundation shows that there is a strong mutual interest in the intellectual and publishing production of the Central and Eastern European region. At the same time, there is a paucity of channels for information and exchange to sustain that interest. That is why Next Page Foundation had started a series of initiatives to help the exchange of information between publishers in Eastern Europe about notable new publications that merit translation into neighboring languages.

In 2005 Next Page launched the Cultural Journalists Study Visits Program in 20 countries in partnership with local organizations and publishing houses. The program aims to facilitate cultural and literary exchange and provide an opportunity for direct encounters of cultural journalists with the publishing and literary arenas of the participating countries. A list of supported cultural journalists study visits can be found here.

As part of our policy-related initiatives, we campaign for placing East – East publishing exchange and promotion higher on the agenda of organizations and institutions such as the EU, national funding bodies and large international projects. We encourage support for national book sector promotion across the region. Natural partners in achieving these goals are National Book Agencies but they do not exist in all the countries in the region. As part of this campaign in 2006 Next Page organized the Conference on Promoting Translations – Ideas, Practices, Innovations.

This small fund aimed at supporting translations of books on Balkan history originally written by authors from outside the region. Grants contributing towards expenses for translation and publication into the languges of Albania, Bosnia & Herzegovina, Bulgaria, Croatia, Macedonia, Moldova, Romania, Serbia and Montenegro were awarded.

The Translating Current Debates Program's objective is to make translations of contemporary titles in social sciences and humanities available for the academic and wider audiences in Central and Eastern Europe, and the former Soviet Union. The program was a smaller-scale continuation of Translation Project focused exclusevely on contemporary books on issues related to the priorities of the Open Society Network.

The topics included but not limited to were:

You can find a list of supported projects here.

The initiative is a continuation of Next Page's program East-South Translation Grants executed in partnership with Cairo-based Sphinx agency. The Encounters program is made possible due to the support of the OSI MENA program.

The program objective is to create favorable conditions for a cultural dialogue beyond the traditional East/West dichotomy by encouraging translations in both directions between Arabic and Turkish, and the languages of Eastern Europe and the Balkans.

The program encourages translations in both directions – from Arabic into East European languages and from these languages into Arabic by supporting mutual translations of contemporary prose, esseys and texts in humanities. Since the mere provision of a limited number of mutual translations - while a desirable aim itself – will have a limited impact, our approach is to supplement the grant scheme with other activities such as direct encounters of key organizations (through workshops, fairs and other events) and a survey of the translation policies in both regions (including Turkey).

The program seeks to offer a forum for discussion on translations between the two regions and to produce a minimum of 10 country reports on the state of translations and to ultimately result in the creation of an informal network of publishers, translatiors and other cultural actors with better understanding of the cultural contexts and the literary developments in the participating countries.

The project's focus is on the following languages (while not excluding others from both regions):

In 2010, Next Page joined Transeuropeens and the Anna Lindh Foundation (Euro-mediterranean Programme for Translation) in their project Translation in the Mediterranean.

In December 2008 Next Page launched a small translations fund that welcomed applications for individual titles, series of titles or series of journal publications from publishers and cultural journals from both regions.

See results from the grants competition for translations from Arabic here. 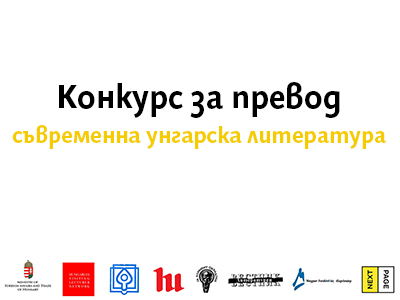 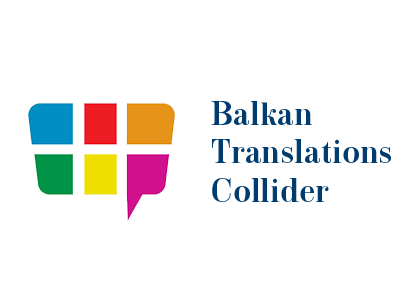