Thomas McGonigle (1944) is a writer, literary and art critic, university professor and journalist. He has received several awards, including the Notre Dame Review Book Prize (2016). His novel The Corpse Dream of N. Petkov was first translated into Bulgarian by Ivanka Tomova for the Syvremennik magazine in 1991 and is republished by Ciela Publishing House in 2019. Inspired by the story of Nikola Petkov, a politician and member of the opposition, executed by the Communist regime, McGonigle introduces his readers into the setting of the National Court through the stream of consciousness of Nikola Petkov himself.

McGonigle is also author of the novels  St. Patrick's Day: another day in Dublin (2016, University of Notre Dame Press) and Going to Patchogue (1992, Dalkey Archive Press). He is a contributor to Los Angeles Times, the Washington Post, Newsday, the Chicago Tribune and to The Guardian in London.

McGonigle is a writer-in-residence in Sofia as a Fulbright Specialist.

During his residency McGonigle will continue his work on Empty American Letters: A Bulgarian novel in Translation which involves investigating the interviews and experiences of the late George Kamen, who in the early 1990s was interviewing both prisoners and guards form the Communist Era prison camps. 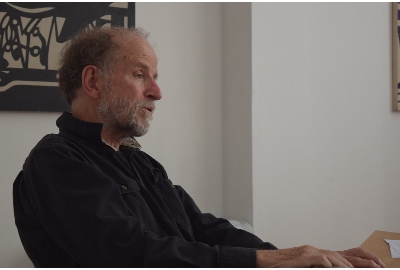 Read more
IN COOPERATION WITH
Subscribe to our newsletter