The International Academy on Literary Management and Translation Promotion is part of the project Balkan Translations Collider and aims to explore ways to overcome the imbalances in the literary translation traffic in Europe.

The Academy will create a community of literary management professionals from the Balkans and other parts of Europe, who are committed to play a part in the international literary communication. The Academy will offer tools, ideas and contacts to advance less translated literatures in today’s highly competitive world.

The Translations Collider Academy will give participants the chance to:

The Academy will span across two five-day sessions – one between May 13th - May 18th 2022 in Struga (North Macedonia) and second in May 2023 in Albania, with short online meetings in-between. At the application phase, the participants are expected to present a concrete project idea that will be further developed with the tutors/speakers between the two sessions and during the interactions/discussion with other international participants.

The program comprises of presentations, panel discussions and hands-on workshops on topics such as literary agenting and pitching to publishers, models of public support for literary "export", digital promotion channels, the role of festivals and book fairs, authors and translators as agents, working in partnership across borders and many others.

The latest programme of the International Academy on Literary Management and Translation Promotion in Struga 2022 is available here.

 Andrej Hočevar
Andrej Hočevar (1980) is a writer, editor, and book designer with over fifteen years’ experience working in publishing. Since 2020, he’s worked for Goga Publishing. Between 2019 and 2021, he was a member of the Ljubljana UNESCO City of Literature office. From 2006 to 2020, he worked at LUD Literatura, where he was a member of the editorial board of the literary magazine Literatura, the editor of the imprint Prišleki, and the editor of LUD Literatura’s award-winning online literary magazine.

 Andrej Lovšin
Andrej Lovšin Tuškej was born in 1984 in Ljubljana. He studied Translation Studies at the University of Ljubljana with a focus on English and German languages. His diploma thesis was awarded the 2010 Prešeren Award for the the quality of scientific research. From 2010-2013, Andrej Lovšin worked at the TRADUKI office in Ljubljana, since February 2013 he has been working for the TRADUKI Head Office. He is responsible for grants and funding. His area of work includes translation subsidies, mobility projects, and writers in residence.


 Catherine Fragou
Catherine Fragou was born in Athens. She studied French Literature (Master) in Athens, Comparative Literature (DEA) in Paris X, Translation Theory and Practice (DESS) in Paris VII and Sociology of Art at the EHESS. She lived in Paris for 15 years before going back to Greece and becoming also a Primary Agent for Greek authors. She has presented Greek authors and artists worldwide, has organized events for Greek authors in foreign countries, she edited short stories books and she translates from French. In 2017 she worked for the Greek National Library, being responsible for the list of books to be present in the greater public lending sector. Since 1995 she runs Iris Literary Agency that is one of the three bigger agencies in Greece and the first to represent Greek authors worldwide.

 Dea Vidović
Dea Vidović is the Director of Kultura Nova Foundation, public foundation dedicated to civil society organizations in contemporary arts and culture in Croatia. For more than twenty years she has been professionally engaged in culture and cultural policy, civil society and philanthropy, and has worked as a manager, editor, journalist and researcher. She is currently Chair of Philea Arts & Culture Thematic Network and Vice-Chair of ENCATC Board. In the scope of research, she is currently coordinating the research on mobility of artists and cultural professionals in Europe (funded by Creative Europe) within the i-Portunus Houses.

 Diana Walters
Diana Walters is a facilitator, researcher, writer and practitioner in the fields of arts, culture, heritage, community and peace building. She has worked in over 30 countries, including many in the Balkan region, supporting change and growth through culture and democracy. She holds a PhD from Newcastle University, UK and is a Honorary Senior Research Fellow at the University of Exeter.


 Fari Laçka
Fari Laçka is the Foreign Relations Coordinator, at the National Book and Reading Center (Qendra Kombëtare e Librit dhe Leximit), Tirana, Albania, an institution which operates under the Ministry of Culture of Albania and whose main mission is to promote the Albanian literary and non-literary works within Albanian and abroad, through various programs. He holds a Master Degree in French Language and Civilisation, and another Master Degree in English Language and Literature, with a thesis in translation of idioms. For about 20 years, he has been dealing with translation from English and French language and has a long experience in literary and scientific books and movies and documentaries.


 Ivan Sršen
Ivan Sršen (born 1979 in Zagreb), has MA in History and Linguistics; works as a head of the independent publishing house Sandorf, but is also an editor, translator, writer and a literary agent. Sršen is an author of a book of short stories and a novel, and co-authored  a popular study on history of Zagreb libraries (with Daniel Glavan), and a pop-culture reportage on one of the greatest Italian comic books authors (with Antonija Radić). Sršen founded Sandorf in 2007 and since 2008 he has been a literary agent for most perspective authors from ex-Yugoslavian region. In the course of ten years, he reached out to international publishers and closed more than a hundred publishing deals for different regional authors and their titles in translation. He has translated a range of authors from English to Croatian including Charles Reznikoff, Frank Zappa, and Robert Graves. He edited the Balkan volume ‘Zagreb Noir’ in Noir series for independent publisher from New York, Akashic Books. Sršen is a member of the Board of Croatian Writers Association.

 Ivana Bodrožić
Ivana Bodrožić was born in 1982 in Vukovar, where she lived until 1991. She graduaded elementary school in Kumrovec, high school in Zagreb and a Master’s in Philosophy Croatian studies at the Faculty of Humanities and Social Sciences in Zagreb. She received the Goran Award for young poets and the Kvirin Award of Matica hrvatska for the best poet under 35 years of age for her first collection of poetry. In 2010 she published her first novel, ‘The Hotel Tito’ that marked her life and professional path. Ivana Bodrožić is also the program coordinator of the Zagreb Book Festival, she writes columns for newspapers and portals, mentors creative writing workshops and collaborate with other artists and associations in the field of culture. Her books has been translated into twelve languages) and published in thirteen countries, including the USA.

 Peter Bolza
Peter Bolza is originally an editor in French and Russian languages. He is the co-founder of Kátai & Bolza Literary Agents (1995), Hungary’s most prominent independent agency that specializes in selling translation rights of foreign authors in Hungary and the Western Balkans. He have been working in publishing for 32 years.

 Renata Zamida
Renata Zamida (1980) has been working in the publishing sector in Slovenia for more than 15 years, mostly in the fields of international cooperation, copyright,  marketing and ebooks. Between 2013 and 2016, she was the Artistic Director of the Fabula International Literary Festival in Slovenia, and up until 2018 board member of the Slovenian Book Fair in Ljubljana, responsible for internationalization. Between 2016 and 2021 she has been working at the national public body – the Slovenian Book Agency (JAK) and was the Managing Director of the Book Agency (2018-2021), when the agency gained two major international event titles for the Slovenian publishing and authors’ scene: “Slovenia, Guest of Honour country at the Bologna Book Fair” and “Slovenia, Guest of Honour at the Frankfurt Book Fair”. Currently she focuses on the development of a new creative hub in Ljubljana, the Rog Centre, being director general of this new public institution, founded by the City of Ljubljana.

 Robert Alagjozovski
Robert Alagjozovski is a writer, translator, researcher and a literary critic, with M.A. in Comparative literature. Since 2010 he has been owner and editor of Goten Publishing, but his engagements involved also a lot of freelance work, nationally and internationally. Since 2017 he is part of the Government of the Republic of North Macedonia, where he served as a Minister for culture for a year and then as National coordinator for Interculturalism, One society, Development of culture and interministerial cooperation.


 Todorche Tasevski
Todorche Tasevski was born in Skopje in 1970. He completed under-graduate and post-graduate studies in General and Comparative Literature at ‘Ss. Cyril and Methodius’ University in Skopje. He worked in The Department of Publishing and Literature in the Ministry of Culture. Since 2018, he is the Director of the most prestigious poetry festival ‘Struga Poetry Evenings’.

 Vladislav Bajac
Vladislav Bajac is a writer and a publisher from Belgrade, Serbia. He is one of the most acclaimed and bestselling authors in Serbia. His novel ‘Hamam Balkania’ won the International ‘Balkanika Award’ for the Best Book on the Balkans in 2007/2008. Vladislav Bajac is also a winner many national and international awards, among them is ‘Special Book Award of China 2014’ for writing and publishing. His novel ‘A Chronicle of Doubt’ won ‘Mesa Selimovic Award’ for The Best Book in 2016 in Serbia and was short-listed for the main Serbian ‘NIN Award’ and ‘Mirko Kovac’ International Award in 2017. He is member of the Managing Board of Association of Professional Publishers of Serbia, Managing Board of Serbian PEN Club, Managing Board of Belgrade International Book Fair, and one of the founders and member of The Balkan Academy of Arts (Academia Balkanica Europeana). Currently, he is Editor-in-Chief of Geopoetika (Geopoetics) Publishing in Belgrade. 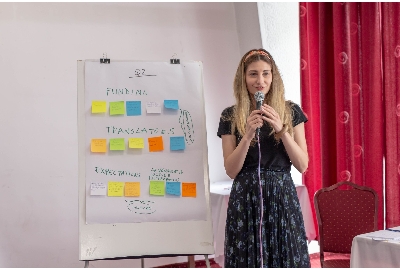 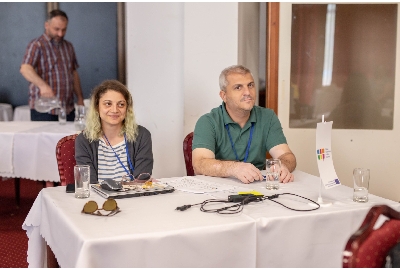 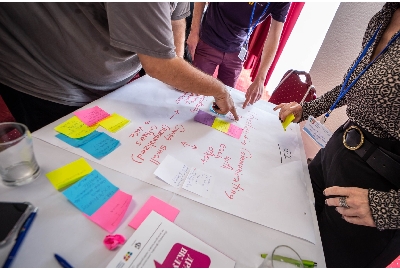 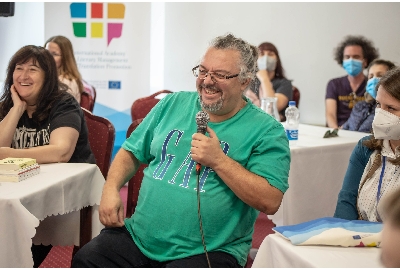