Dalibor Plečić is a writer, translator and a literary critic holding an MA degree in Philology. He is a book reviewer for The Literature Review from New Jersey, Booksa, Beton, and Versopolis magazines from Croatia, Serbia and Slovenia respectively, as well as Hype and Hyper magazine from Budapest, Hungary. Plečić has authored one novel, as well as a collection of short stories and essays on science fiction in literature. Aside from writing prose, he has been writing and performing performance poetry at several European poetry festivals and translating prose from and into a number of different languages, including Bulgarian. His portfolio also includes a film screenplay.

During his stay in Sofia, Plečić worked on refreshing his literary contacts and on getting new knowledge of Bulgarian literature, Bulgarian language and Bulgarian culture in general that he finds extremely important and useful for his translation practice. He worked on his new novel about identities in the context of new ideologies. 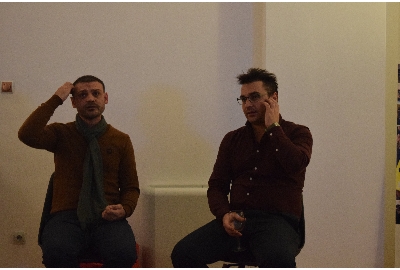